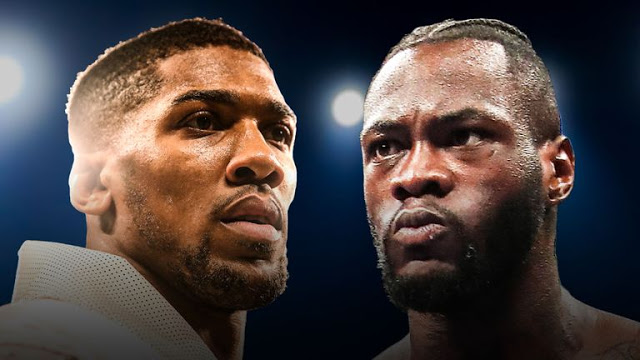 Anthony Joshua’s Promoter Eddie Hearn has voiced out his dissatisfaction in the negotiations between the AJTEAM and Wilder Team after a scheduled meeting with the American side ended with a disappointment.

The Wilder’s proposal waswto be replied before the end of 24 hours, that ended on Thursday, but Hearn made clear the meeting was canceled by the Wilder team anf negotiations to make it get back on track seem Unfruitful.

“It’s all very bizarre. I returned the email of Deontay Wilder and said we are very interested in making this fight, please send us a draft contract. HEARN SAID

“He replied and said ‘you have to accept the fight and then we will send you the contract’. I’ve never known anything so bizarre since I’ve worked in boxing.

“I had a meeting with Shelly Finkel scheduled for Thursday, he cancelled that meeting. I requested a meeting for today (Friday) and he emailed me, while also emailing the entire press world, saying ‘there is no point in meeting it would be non-productive – we have to accept the deal first.’

“It’s always nice to call someone’s bluff. What we’ve done is called their bluff here, and they won’t even meet to talk about the deal.

“It’s bizarre, but we are talking to other people as well. There’s probably about 50 people trying to make this deal at the moment. You’ve got Shelly Finkel, Al Haymon, Jay Deas and other people.

“I believe the boxing world has realised that this was a PR stunt turned disaster. We do want the fight and conversations will continue.

“Dominic Breazeale tweeted this morning ‘I have been told I am fighting Deontay Wilder in August’.

“Is this whole thing a bit of profile building for Wilder? We hope not, we want the fight.”