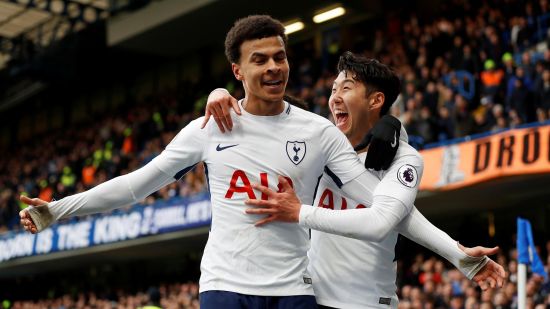 Seven of Alvaro Morata’s 11 goals in the Premier League this season have been headers; more than any other player in the competition.

Morata’s simple finish was Chelsea’s 14th headed goal of the campaign. That’s two more than any other PL side.

Eriksen has scored 16 goals from outside the box since his league debut in September 2013; the most of any current player in the Premier League.

Alli scored his first brace in the Premier League since January 2017, which also came against Chelsea (2-0 at White Hart Lane).

Chelsea lost a Premier League home game after opening the scoring for the first time since April 1st 2017, when they lost 2-1 against Crystal Palace.

Spurs won at Stamford Bridge for the first time in Premier League history, ending a run of 25 visits without a win there in the competition (the most that one team had played on one ground without a single victory).