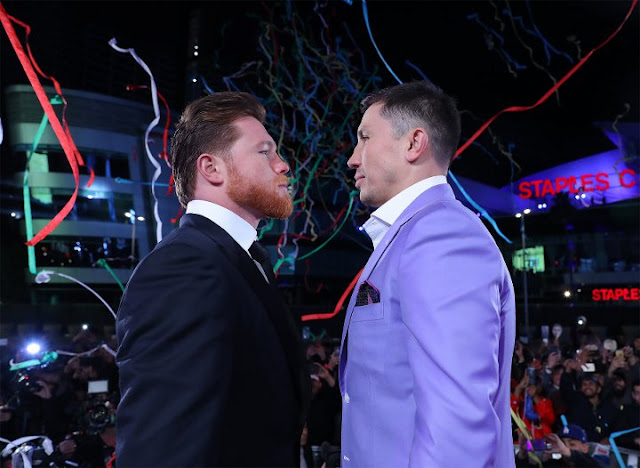 Canelo Alvarez canceled his scheduled  fight with Gennady “GGG” Golovkin on Tuesday due to the scandal surrounding his doping scandal with NSAC, which arose after he failed two performance-enhancing drug test back in February .

Temporarily Suspended By NSAC and due to face a disciplinary committee later this month but the Mexican in a long press conference in L. A. maintained that he has always been clean before he announced, he was withdrawing from the Bout.

“I am truly shocked by what has happened and I lament that his has led people to have doubts and suspicions about my athletic integrity,” Alvarez said, according to a translator. “I have always been a clean fighter and I always will be a clean fighter. I want to apologize for all of the inconvenience that this has caused to HBO, MGM, Tecate, Hennessy, all my other sponsors, the media and to everyone that is involved in the promotion of this event – and especially to the fans. To them I want to say, I have not let you down. I respect the sport and I will always be a clean fighter.

“Now I’d like to clarify the situation. I have always done tests before my fights with VADA. They are voluntary and despite [those] being voluntary, I have always agreed to do them for every single one of my fights. I have asked that they do these tests, and they’ve always come back negative. I am a clean fighter. On this occasion, the results showed small traces of clenbuterol in my system. I know many of you are asking yourselves how this has happened if I didn’t intentionally take clenbuterol. Unfortunately, there is a public problem in my country, Mexico. Over the last few years, many athletes from many sports – cycling, football, soccer and boxing – have tested positive for clenbuterol after eating meat in Mexico. This substance can be transmitted into humans through meat in Mexico, and contaminated meat is what caused this test [result].”

“Since the positive tests, I have submitted to various additional tests with the same laboratory and those results have all come back negative,” Alvarez said. “To be clear, I am a clean fighter. However, I respect the Nevada State Athletic Commission and I understand that under its laws and its regulations there are certain penalties and certain sanctions, even for unintentional positive results and even for consuming meat. The reality is that, unfortunately, as a result of this the rematch will have to wait a little longer.

“I truly am disappointed and upset because I will not be able to participate in the rematch against Golovkin. I was very much looking forward to this fight. I had been training and I wanted to get in the ring and prove, once and for all, that I am the best middleweight in the world. I am sad and I feel powerless that I can’t make this fight happen at this point.”