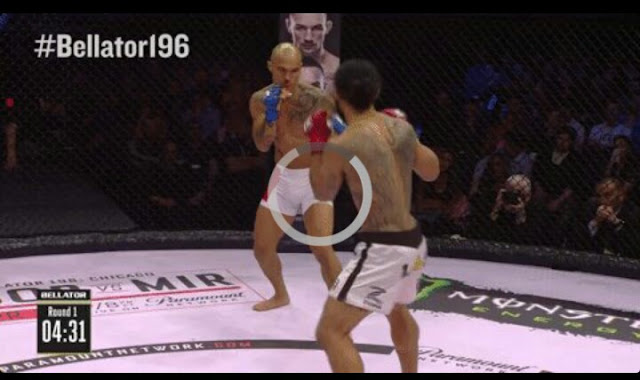 Bellator 196 blew all away with Benson Henderson surprise package, going into the fight with a astringent of close decision losses and promising a KO  against  Roger Huerta in his headlining lightweight bout was nothing more thhn a jole in the ears of the fans.

Benson Henderson (25-8 MMA, 2-3 BMMA) fullfilled his promise with a second-round submission of Huerta (24-10 MMA, 1-3 BMMA),  making him tap out on a guillotine choke 49 minutes in remaining in the second round of the Bellator main event in Budapest.

The KO victory was his first since February 2015 and in this one, he smelled the victory from the first round bell going into the fight with more aggression than usual , registered a head kick in the first round that left his opponent with a cut on the nose.

After pressuring his opponent for most of the first round, he continued in the second, then when the opportunity for a guillotine choke came up, he jumped on it and made his opponent tap out, with 49 minutes remaining in the second round.