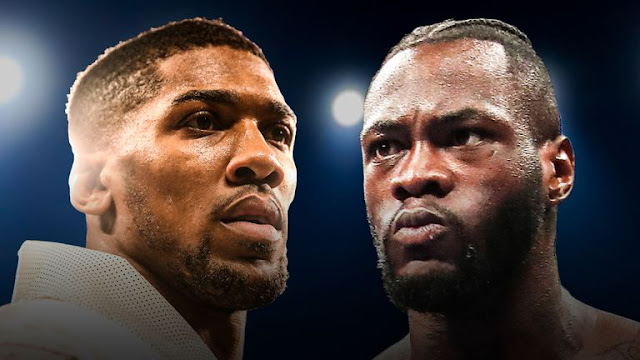 Anthony Joshua has recieved a “take it or leave it” 50-50 offer from the WBC Champion Deontay Wilder, directly from his personal  Emial address.

The 32 year old’s promoter Shelly Finkel confirmed that Messages, had been sent to Joshua, trainer Rob McCracken and promoter Eddie Hearn with an offer carrying a $50m and a 24hour time frame to respond.

Eddie Hearn, Anthony Joshua’s Promoter, initial didn’t take the offer seriously, calling it a “PR Stunt” but will be taking it serious, as he is now scheduled to meet the wilder team.

“We got an email from Deontay Wilder’s personal email address offering us a 50-50 split with a guarantee of $50m,” Hearn told Sky Sports .

“He said that in an interview Anthony said, ‘give us £50m and we will sign tomorrow’. They have asked us to give them written acceptance of the deal by tomorrow.

“With all due respect to Deontay Wilder, I don’t believe he has $50m. However, if they actually send some formal paperwork and a contract along with further details on how this money will be secured, we will definitely have to take this seriously.

“We have a meeting on Friday, so let’s see how real this is.”