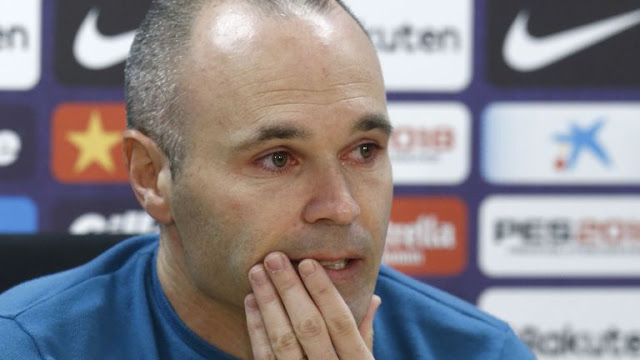 Barcelona midfielder has announced he will be leaving the club at the end of the season after 22 years at the Club, a spell which has seen him win eight Liga titles and four Champions Leagues,

“This is my last season here,” he said on Friday. “I have thought my decision through for a long time. For me, Barca is the best club in the world – this club has given me everything.

“I would like to thank my team-mates and everyone who accompanied me every day, they made me be better. It’s been a dream come true, lots of titles, important moments throughout my career. I am very happy to have played for this club. I am proud.”

The Midfielder came from the La Masia, Barca’s youth academy and ended up one of the most influential players in Barcelona forfmore than a decade.

“There are still things to work out, different things. I said I would never play against Barca, so it’s not going to be in Europe. We will know at the end of the season.

“I’m almost 34, I’ve left everything out on the field, I’ve given everything to the club, and if I couldn’t give everything up to now, I wouldn’t be happy. I want to be happy, like I have been here.”

“In the near future I won’t be able to give my best for Barça all the time, especially physically. I want to go out at the top, winning titles, feeling useful,” he told a press conference ahead of an expected move to Chongqing Dangdai Lifan in China.