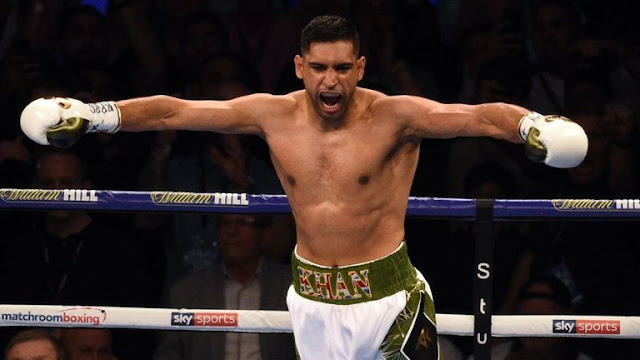 Former world champion Amir Khan (32-4, 20 KOs) showed the world he still got something of a world class boxer, with a fourty second destruction of Phil Lo Greco (28-4, 15 KOs).

Khan has been out of the ring since a knock out Loss to Canelo Alvarez, 2years ago and between that period surfered some personal issues and rehabilitation, after a hand surgery but showed no traits of ring rot, as he charged Lo Greco ,who with no reply to his lightning punch sending him to the canvas.

The referee counted the Italian back to his feet but only to be sent back lean on the robes with by another rain of heavy punches from Khan, who was fighting for the first time in a UK ring, after nearly five years away from a British ring.

The fight was waved off by the referee and khan celebrated wildly, then lighted up his rivalry with Kell Brook, who watched from the ring side.

“I want to say a big thank you to Liverpool, they were great tonight,” Khan told Sky Sports.
“People wanted to see me come back and I wanted to prove a point. I’ve changed my trainer, I had to make changes.

“I came to do a clinical job and be smart and show good movement. Khan is back.
“I want to give the UK fans some big fights and sell out arenas and stadiums.
“We have many fighters around, I want to fight the top guys, I want to win another world title.

“The weight is an issue with Kell, I’m a 147lb fighter. I will fight and beat Kell Brook and the world knows it.
“Brook’s been living off my name for a long time. I came and signed with Matchroom, I’m the one chasing Kell.” 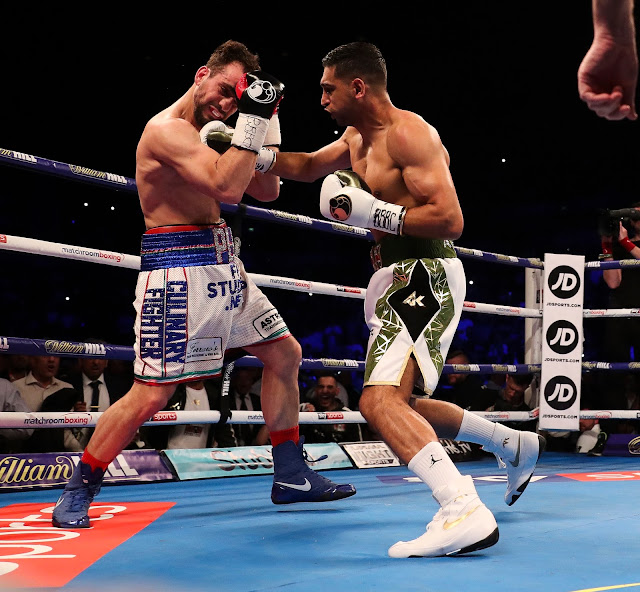 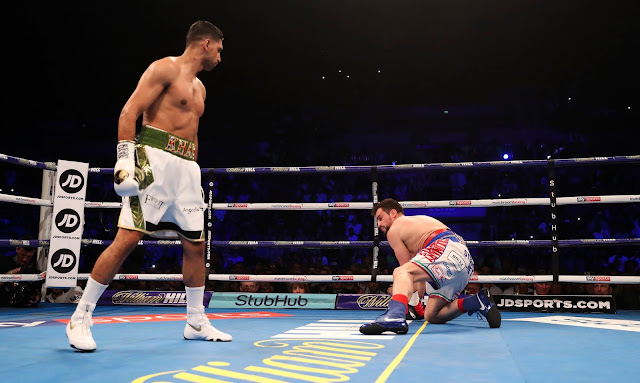 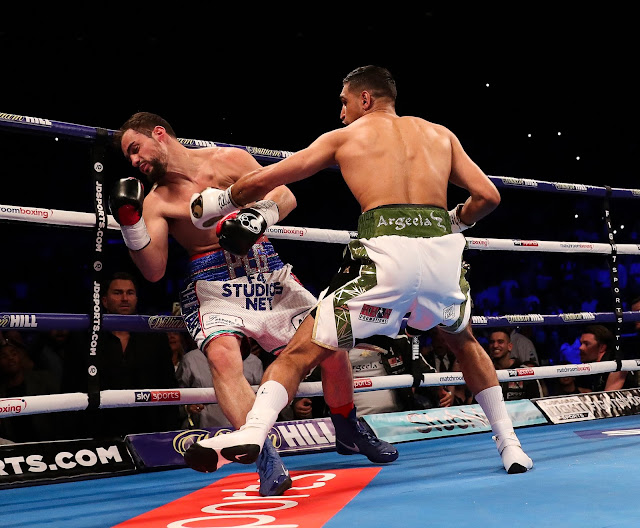 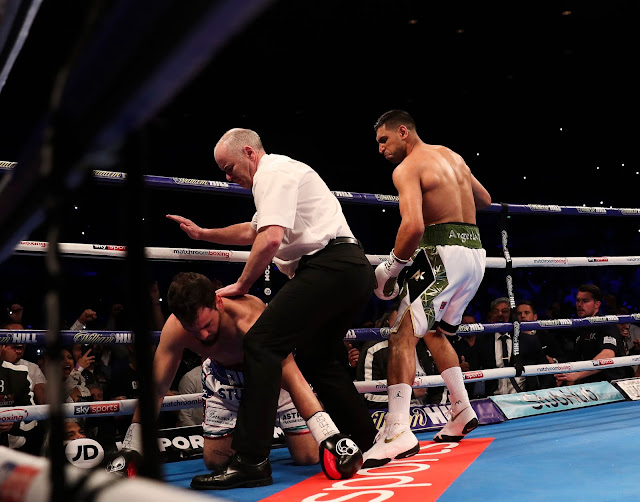