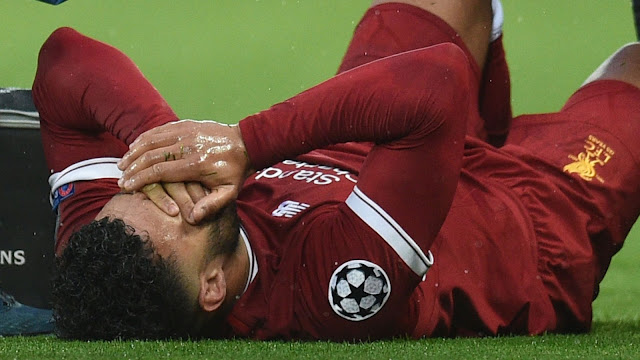 Liverpool FC  has confirmed Alex Oxlade-Chamberlain is out of the 2017/18 and will also be out of the Upcoming FIFA WORLD Cup after surfering a knee ligament injury against Roma.

The Club released information on Wednesday after a scan, revealed the midfielder is out of all competitions this season without a time frame for recovery.

“Liverpool FC can confirm Alex Oxlade-Chamberlain’s 2017-18 season is over for both club and country due to a knee ligament injury sustained against AS Roma on Tuesday evening,” read a statement on the club’s official website.

“The midfielder was forced from the field after 18 minutes of the Reds’ 5-2 victory in the Champions League semi-final first leg at Anfield after picking up the issue during an attempted challenge.

“The extent of the injury means Oxlade-Chamberlain is set to miss the remainder of the campaign for Liverpool, as well as the World Cup finals in Russia with England.

“The 24-year-old was assessed by the club’s medical team at Melwood on Wednesday morning and no specific timescale is being placed upon his return to action at this stage.

“However, Oxlade-Chamberlain will now begin a rehabilitation programme to enable him to reach full fitness again as soon as possible, returning to action next season.”