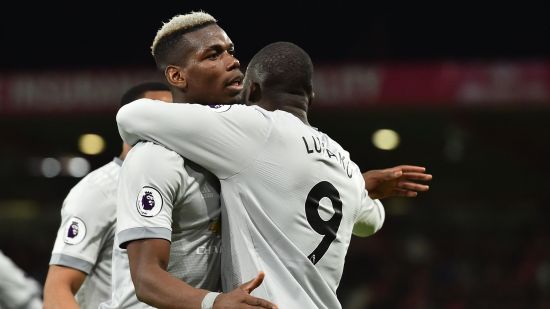 David de Gea has kept more clean sheets in all competitions for Man Utd in 2017-18 than he has in any other season for the club (21).

After winning their first Premier League meeting with Man Utd (2-1 in December 2015), Bournemouth have lost four and drawn one of the subsequent five.

No player has provided more Premier League assists in away games this season than Paul Pogba (7 – level with Christian Eriksen and David Silva).

Jesse Lingard has been directly involved in 19 goals in all competitions this season (13 goals, 6 assists), one more than he managed in his previous three seasons for Man Utd combined (18).

Chris Smalling has scored in three consecutive Premier League away appearances, after scoring just once in his previous 101 games.

Asmir Begovic has kept just one clean sheet in his last 22 Premier League games and none in the last 10.