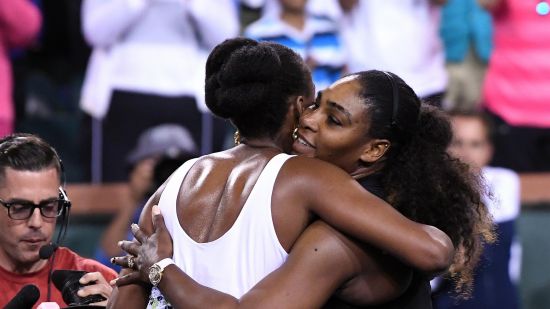 The Williams Sisters clashed at the BNP Paribas Open in Indian Wells and the the result had Serena Williams, who is coming back from a one year layoff, knocked out from the competition with two straight sets.
Venus Williams took full advantage of her sister’s rustiness, beating her 6-3 6-4 to make it through to the fourth round of the competition.

Serena Williams fought back saving three break points in her first service but lost her third to Venus via love to trail 4-2. And in the second Venus took 3-0 lead, breaking the sister twice, lost a match point at 5-3 before going on to win the match.

This marked the 29th time that the sisters have faced off, but this marked the fourth win for Venus in her entire career and she will now go on to face the Latvian Anastasija Sevastova, who progressed by defeating Julia Goerges in straight sets 6-3 6-3.