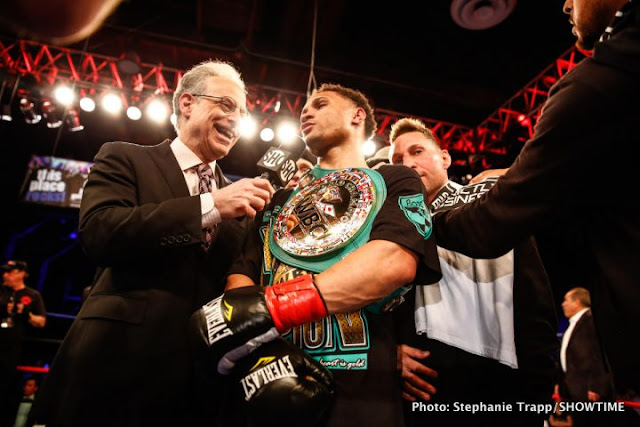 Indongo was doing well till he got knocked down by a big shot from Prograis and from then on the fight was one sided. Surviving the first round was just luck as he didn’t show sign of recovery in the second round.

Indongo got knocked down twice before getting knocked out by Prograis. He stood too close to Prograis and got two much big shots due to that, some of which he didn’t have the chin to take.

“I want the real title now [Imam – Ramirez winner Matchup] , and I don’t think those two dudes will fight me after tonight,” said Prograis. “Indongo only had one loss to Terrence Crawford, the pound for pound best, and I stopped him a round before Crawford did. I don’t see anybody trying to fight me right now.”