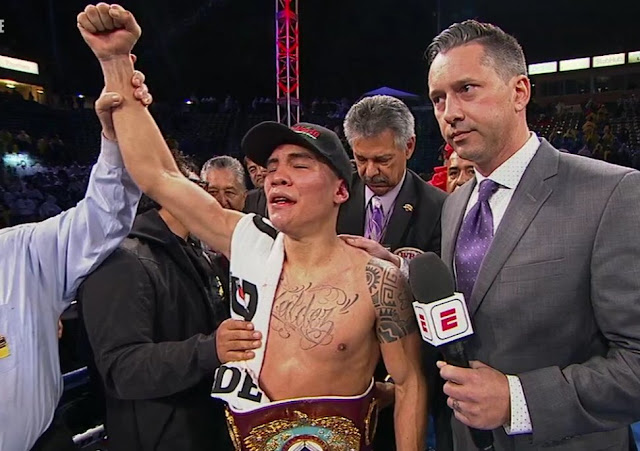 This making the fourth time he defended his title via unanimous decision but his biggest test till date, which ended up leaving both fighters with facial injuries and Valdez was taken to Harbor-UCLA Medical Center with a fractured jaw. 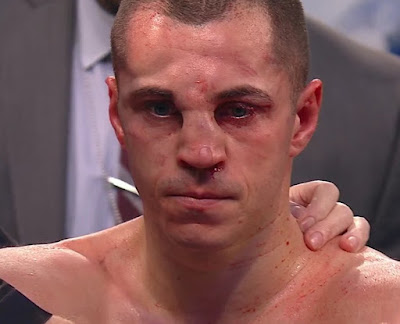 Quigg After The Fight

The fight had almost been called off due to Quigg missing weight with over 2.8 pounds higher than the fight limit while Valdez weighed 125.8 for the 126-pound fight, Quigg was 128.8 pounds but the eight moved on after both teams struck a deal and a fine of 20% from his purse money of £100000 was agreed.

Valdez was the smaller of the two on fight night, with Quigg was 142.2 pounds and Valdez was 135.6. He didn’t allow the weight difference to caaange his game,  entered the and did what he knew how to do best, landing combinations and left hooks.

The fight was all action packed in the fifth, Valdez opened a cut over Quigg’s left eye, but suffered a cut inside his mouth and both helped on despite the injuries till the end. 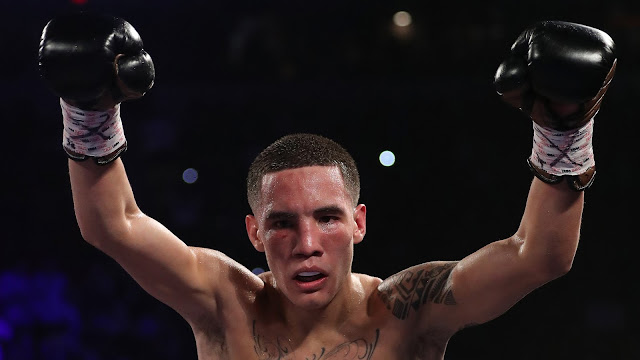