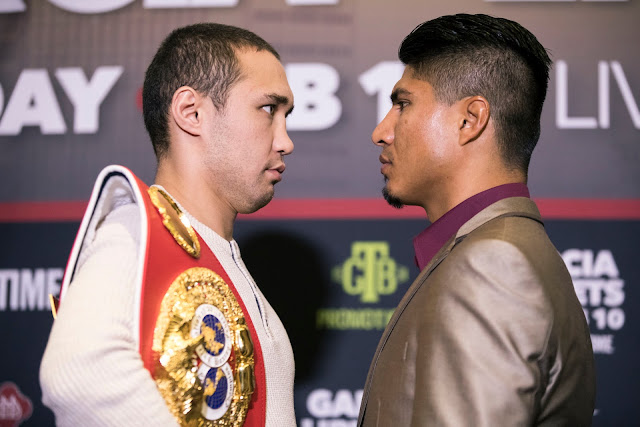 “Everything depends on my opponent. If I find there’s an opportunity to go for a knockout, I’m definitely going to take it. If it goes 12 rounds, then he’s a very tough fighter and I expect Lipinets to be tough. I’m just going to do whatever it takes to win the fight. If the opportunity is there, I’m definitely going to go for the knockout because that’s what we’re here to do. I’m here to make the fight as easy as possible.
“I feel good. I’m fighting a bigger man naturally, so that’s something I have to get adjusted to but I still feel that my ability and my skills are enough to compete at the highest level with these men and that’s why I’m comfortable fighting at 140. I still feel that 135 might be a better fit for me because I’m a little bit of a naturally bigger, stronger man at 135, but at 140 I feel just as good as far as my speed, my footwork and my reflexes.
“It would be very nice to win a fourth division title. That would obviously be a big accomplishment in my career and it would be the second time I won the title here in the state of Texas. I have a lot of appreciation and love for San Antonio boxing fans.
“Some critics aren’t giving Lipinets much credit because he’s only had 13 fights, but that tells you how good of a fighter he is. It took me 30 fights to be a world champion. He’s a high caliber fighter who brings great danger. At the end of the day, I believe I’m the better boxer and that will help me get the win.”