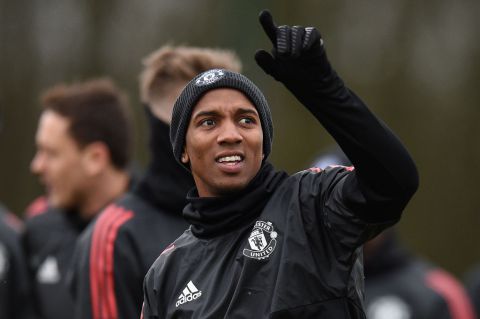 Manchester United will be hoping to get past Sevilla in the second leg tie of the round of 16, after playing the first Leg to a draw in their last meeting and Ashley Young believes there is hope.
The United fullback or Winger believes that winning the competition depends on their results on Tuesday and strongly hopes for success today.
“We are still in the competition and we have the second leg coming up,” he said. “We know it’s going to be tough, but you don’t enter a competition to not win it. You want to play in the biggest competitions and, for me, it’s the only one that I haven’t won.
“Hopefully, fingers crossed, we can get through this round and look forward to going as far as we can, getting to the final and hopefully win it. We know it’s going to be tough. It’s never easy in the Champions League, but you never know what can happen.”
The English-man has ofter been deployed by Jose Mourinho in a full back position and in the game against Liverpool, was praised for his performance against Liverpool – he now gets confused about his best position when deployed.
“I don’t know,” Young told ESPN. “I’m not sure anymore.
“I still see myself as a winger because I’ve played there for so long. I’ve played as a No. 10 as well. There are so many positions and I think it’s only goalkeeper and centre-half that I haven’t played so far.
“But wherever the manager calls upon me, I will go out there and give 100 percent and look to play well, which I think I’ve done this season. As a footballer, you always want to play and I wanted to be involved in more games this season.
There are plenty more to play, and as long as I am playing well and the manager’s happy, I want to be pulling on the shirt.”