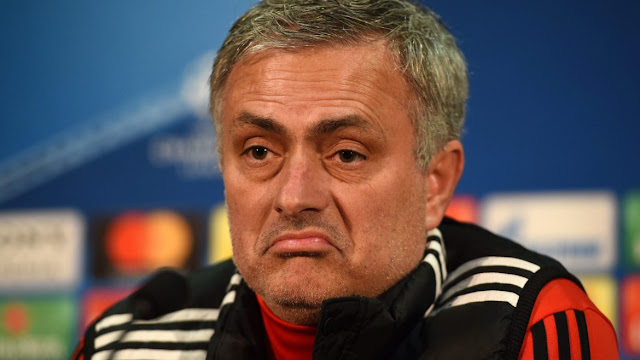 Manchester United will be hosting Brighton And Hove in a bid to secure the only trophy that looks feasible after getting Knocked out by Spanish side Sevilla 2-1 in the Champions League, during the mid week.
While for Brighton, it is a competition they have never won and one which they have only progressed beyond the quarter finals ones, which makes it all the more important for the seagulls.
MANCHESTER UNITED TEAM NEWS
The United Boss will bring in most of the players he used in the home defeat against Sevilla in the mid week.
Defenders Phil Jones, Marcos Rojo and Daley Blind while midfielder Ander Herrera and striker Zlatan Ibrahimovic are out to injury.
🌐 MANCHESTER UNITED MANAGER JOSE MOURINHO
“Every match is important.
“We train very well, always. We train always very, very well, so we don’t need a reaction to train better than we do because the training, the professionalism, the enthusiasm, the organisation, every training session with us since day one, since I arrived, the players have been absolutely brilliant.”
🌐 BRIGHTON MANAGER CHRIS HOUGHTON
” What we all know about Manchester United is they have huge quality, and are only second in this division because Manchester City are having an outstanding season. They are going to have days that are not so good, and we’ll have to make sure that we play well enough to get a result.”

“To go through would be wonderful for this club. It’s a big task and United will be clear favourites. What we can get confidence from is that on our last visit to Old Trafford we played very well.”
STATISTICS
🌐 Manchester United and Brighton have not met in the FA Cup since January 1993, with United winning 1-0 with a goal from Ryan Giggs.
🌐 The Seagulls have only won one of their 17 matches against United in their history (drawn five, lost 11), winning 1-0 in a top-flight fixture in November 1982.
🌐 United have been eliminated from three of their past four FA Cup quarter-finals, progressing only in 2015-16 against West Ham after a replay. They have not won a quarter-final without the need of a replay since 2010-11 against Arsenal.
🌐 Romelu Lukaku has scored 11 goals in his past 10 FA Cup appearances – the only match he failed to score in of those 10 games was against United for Everton in the semi-final in April 2016.
🌐 Mourinho has won 14 of his 16 home FA Cup matches (drawn one, lost one), winning all three with United by an aggregate score of 10-0.
🌐 This is only Brighton’s third FA Cup quarter-final appearance and their first since 1985-86, when they lost to Southampton; their other quarter-final came in 1982-83, which they won against Norwich on their way to facing Manchester United in that season’s final.
🌐 Hughton has managed four matches at Old Trafford in all competitions and lost all four without seeing his sides score a goal.
🌐 Brighton have lost seven and drawn one of their past eight away FA Cup matches against top-flight opposition – their last away win of this kind was at Newcastle United in January 1986.