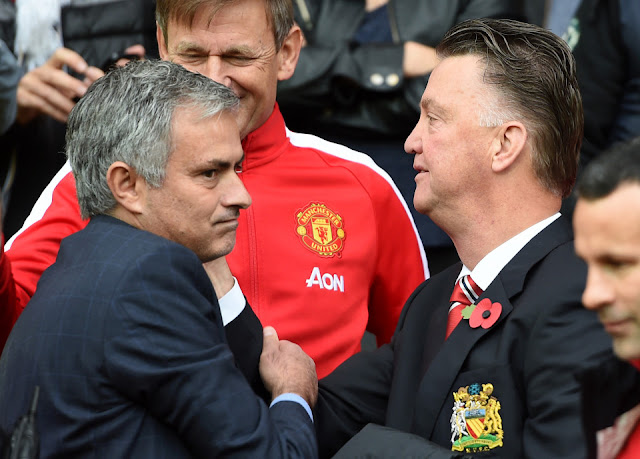 Louis van Gaal seems to have his fued with Manchester United manager Jose Mourinho gone with the wind after both going against one another in the media for almost two years now.
Louis Van Gaal spent two seasons at Old Trafford, winning the 2016 FA Cup in his last season but got sacked a day after winning the trophy. An event he termed “not elegant at all”.
“I am not disappointed with Jose Mourinho. Every coach wants to train Manchester United, it’s one of the biggest clubs in the world,” he told Sport Bild.
“I think Jose wanted that, too, and although he was able to do so in 13th place, he had a chance on a fantastic team like Chelsea. I was in fourth place! I still do not blame him.

“What I find wrong is when a CEO says we’re totally happy with you, do not believe the press. Then you win the FA Cup and still be fired.”
The former Manchester United Boss believes that Manchester City Boss Pep Guardiola is the best in the Premier League, as he has been able to make them play some good football since his arrival and also added that such Football was his plan for Manchester United.
“Pep Guardiola is, for me, currently the best coach of the Premier League,” Van Gaal said. “Pep made City a machine.
“He shows a football that I would have liked to play at Manchester United. But he has better players for it. For me, the process would have taken longer. Unfortunately, I did not get the time.”