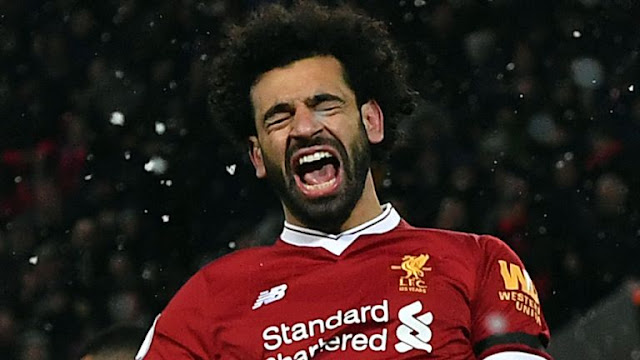 Mohamed Salah is on excellent scoring form, especially in the last few games scoring four in their last outing and  37 goals already this season, Ian Wright believes that if he continues on this form, Liverpool will soon be losing the Egyptian to clubs with financial power.
Real Madrid, Paris Saint Germain and FC Barcelona have always capitalized on their financial superiority to lure players from their respective clubs, as in the transfer Philippe Coutinho for £145million to Barcelona in January. This is believed but Wright to be Liverpool’s course if the Egyptian continues in fine form.
“Anyone that has come into the Premier League and scored that amount of goals, you’re going to court that kind of attention,” Wright said.

“I didn’t think he’d have that kind of impact, but when you have had such an impact, you are going to court attention. What clubs will have seen with Liverpool is that if you keep pressing for one of their players, you might get them in the end.
“This is the problem Liverpool will have. If Salah continues this kind of scoring next season, they will be courting him.
“Not being disrespectful to Liverpool, but Salah won’t have grown up dreaming of playing for Liverpool – if Real Madrid come knocking, he’s going to be taking notice of that.
“Losing Salah would be a much bigger loss than losing Coutinho.”