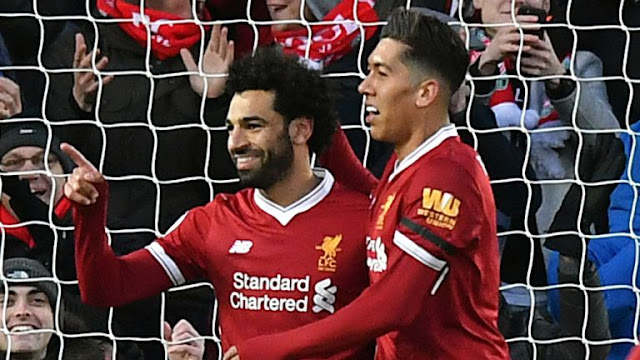 🌐 Salah has scored 36 goals for Liverpool in all competitions – the most for a single player in a debut season in the Reds’ history.

🌐 Salah is the first Egyptian player to score a Premier League hat-trick, with Egypt the 43rd nation overall and the 10th African country to provide a hat-trick scorer in the competition.

🌐 Firmino has scored a career best 23 goals in all competitions this season, surpassing his previous best total of 22 for Hoffenheim in 2013-14.

🌐 Salah is the first Liverpool player to score four goals in a single Premier League game since Luis Suarez versus Norwich in December 2013.

🌐 Salah became the first player to score four goals from exactly four shots in a Premier League game since Andrey Arshavin for Arsenal at Liverpool in April 2009.

🌐 Firmino (3 assists) and Salah (4 assists) have combined for more goals than any other duo in the Premier League this season.
.