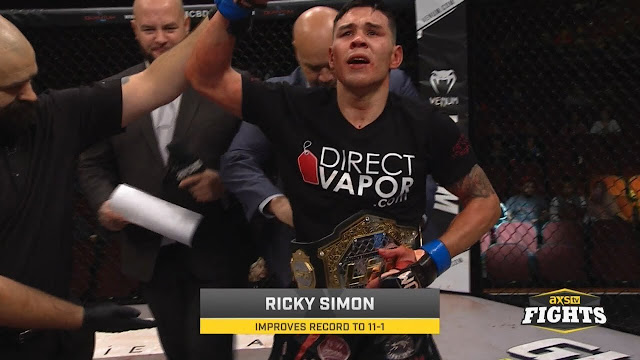 The Legacy Fighting Alliance hosted their 36th event on the 23rd of March at the Morongo Outdoor Pavilion in Cabazon, Calif. Headlined by the Bantamweight Title Fight between Ricky Simon and Vinicius Zani, which ended with, Simon knocking out Zani within a round to crown the wonderful event.

The Champion defending his belt for the first time made quick work of his challenger within the first minute of the first round while the co-main event, Jamall Emmers and Guillermo Faria, ended with Emmers victorious with a third round KO at 1:18 in the third.