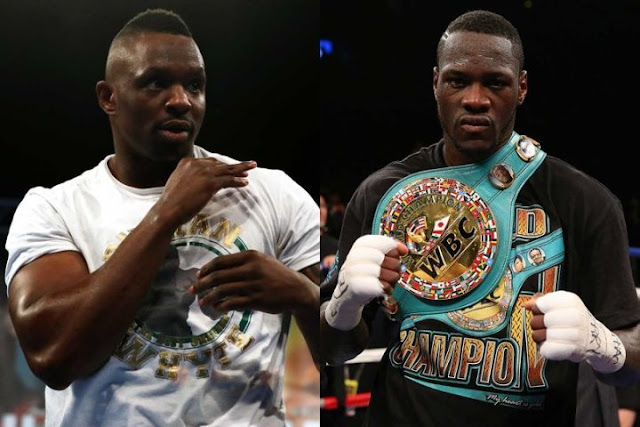 Eddie Hearn, Anthony Joshua’s Promoter has made an offer to WBC Heavyweight Champion Deontay Wilder, who has been all out to make fruition, a fight with British Heavyweight Anthony Joshua.
Hearn made it perfectly clear, a fight with Joshua won’t happen till the end of the year and Wilder could take the Whyte fight, while he waits for Joshua, then the winner will face Joshua for the unification.
“Wilder doesn’t want to fight Whyte because it’s risky, and he could make more money fighting Joshua,” Hearn told Sky Sports.

“But if Wilder goes straight into the Joshua fight, it doesn’t happen until October, November, December.
“Joshua could box in the interim, then still fight in November or December. So Whyte vs Wilder wouldn’t alter [Joshua-Wilder].
“If Wilder can’t win, Whyte would fight Joshua in an undisputed title fight. Anthony was really impressed with Dillian’s performance last week.”
The Essex based promoter also made open the situation surrounding the WBC fight mandatory and his choosing to fight Whyte at his convenience.
“Wilder should understand that if he fights Whyte now, he’ll get a rematch clause. If he fights Whyte as a mandatory, he won’t,” Hearn said. “It makes sense for Wilder to box him now.
“The mandatory hasn’t been called yet. They may make [Whyte] fight a final eliminator or they may make him mandatory. It’s their discretion.”