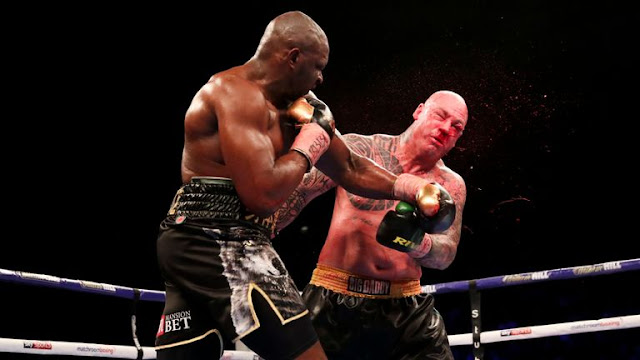 Dillian “Body Snatcher” Whyte ended a fight well hyped, with much trash talking and many alienatic promises with a vicious knock out of Lucas Browne In the sixth round of their Heavyweight Title Bout to defend his WBC Silver Heavyweight strap.
Whyte made easy work of his undefeated challenger, who for most of the fight seemed easy to hit and due to that got a cut on his right eye right from the first round, got his head rocked in the second.
The third round had some good action though as Browne showed he still had some still left in his Arsenal but none really troubled the Londoner, who landed all his shots clean and by the fourth round Browne’s eye was almost closing up. 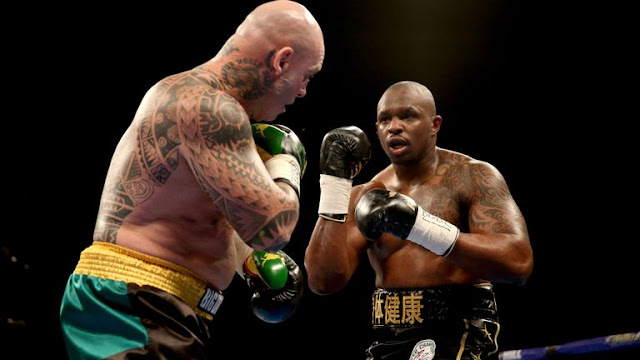 Blood was everywhere on Browne’s face in the fifth, as his constant attack without proper defence, left Whyte no choice but to keep giving him the punishment and in the fifth a heavy left hook from Whyte sent Browne sprawling on the canvas for the Knock Out.