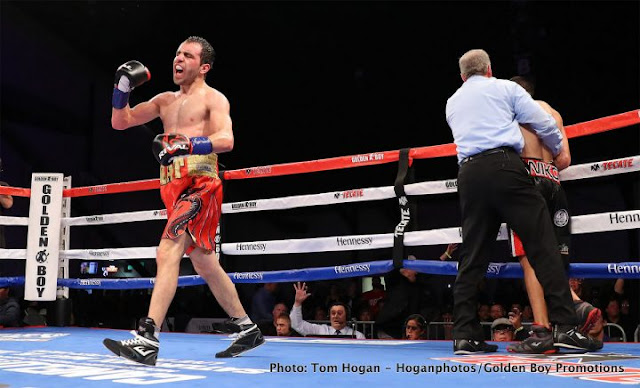 Rios had a good start in the fight but a asterisk of combinations sent him down in the third round which from then saw him struggle to recover and eventually in the sixth round at exactly 1:12 in the sixth the referee was forced to stop after a series of combinations knocked Rios  down again.

Prograis“I knew I was going to stop him early, but then my right hand started to hurt,” said Azat Hovhannisyan. “When my hand started hurting more, I went for the stoppage. Freddie [Roach] kept me calmed between rounds. I’m ready for a world title shot. I want any champion at 122 pounds.”