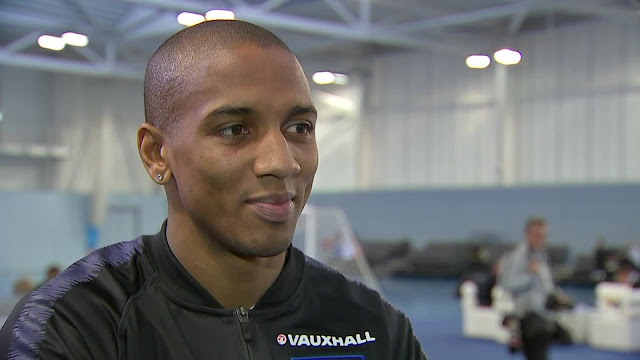 Manchester United Winger/Defender Ashley Young has been regular in the starting lineup, since the arrival of the Jose Mourinho To the Club as Manager.
The Portuguese has since used the English man as a left back, a position he has flourished so much to earned him a place in the England call-up from the National Team Boss Southgate.
The 32 year old is hoping, he could with his experience and versatility, but useful to his country in the World Cup.

“Nowadays you have players that are versatile and I feel like I’m one of them,” said Young. “I’ve played in numerous positions and I think if you have a good footballing brain then you’re able to adapt.
“I think I’ve shown this season that I can adapt and play well in those positions. Whenever a manager calls on me I go out and give 100 per cent and play as well as I can.”
Concerning his other teammates, relationship with staffs and the English National Team Boss Southgate, Young said “I felt comfortable as soon as I walked back through the door,”
“The boys here are fantastic, the players, the staff – everybody mingles together, so it is easy to come back into the squad and I’m delighted to be back.”