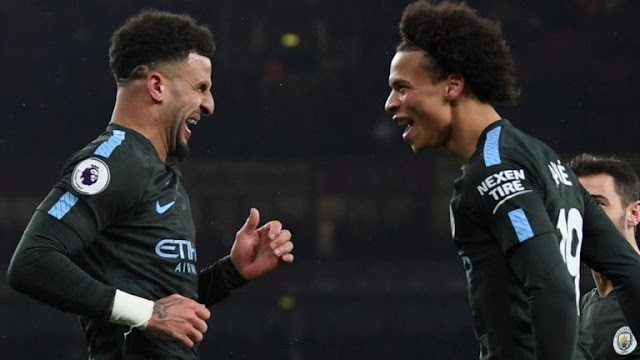 🌐 Sane has provided 11 assists in the Premier League this season; only his teammate Kevin De Bruyne (14) has made more.

🌐 Arsenal conceded three goals in the first half of a Premier League home game for the first time ever.

🌐 Manchester City have saved 11 of the last 19 penalties they have faced in all competitions (excluding penalty shootouts).

🌐 City became first team to beat Arsenal three times in the same season since Chelsea in 2005-06.

🌐 Arsenal have failed to keep a clean sheet in each of their last 10 Premier League matches – they last went 10 without a shutout back in February 2002.

🌐 The Gunners have won only one of their nine league games this season against the other teams in the top six of the table (D3, L5).