Joseph Parker is preparing Football the unification fight with Anthony Joshua, laying down his undefeated record against the %100 knockout artist but AJ, should be expecting surprises as Parker is now improved due to his elbow surgeries says his sparing partner Malik Scott.

The sparing partner who helped him for the Hughie Fury fight, after been admitted into the camp,speaking to Skysports has confirmed speed improvements in Parker following his elbow surgeries.

“When he was getting ready for Fury, there was times in sparring where we were having to stop,” Scott told Sky Sports.

“I don’t think that the elbow, the shoulder, none of that is an issue right now. The only thing that’s an issue, the most important thing, is there are two young lions, two great champions, and they want to rock. I cannot wait to see it.

“A totally different power now. I will say the last time it was like 70 per cent to me. Right now it’s at 120.

“The reason why I say that is, because I come from a perspective of Joseph Parker never had thudding power. He’s always had accurate power. The speed slowed down because of the elbow.

“Now that the elbow is fixed, the speed is back up, which means it gets to the target quicker. Which means you don’t see the shots coming, which causes more pain, and more knockouts.”

Scott had also spent some time with the unified Heavyweight Champion Anthony Joshua during his early years as Wladimir Klitschko sparing partner and according to him had seen before hand the champion in the 27 year old Brit.

“We spent a lot of time together in the Wladimir Klitschko camp when he was a young lion,” said Scott.

“Right after I watched him spar Wladimir, I told people, this kid is going to be heavyweight champion of the world. I just watched him do more than hold his own with Wladimir Klitschko.

“A year or two later, he beat Wladimir Klitschko in a world title fight.” 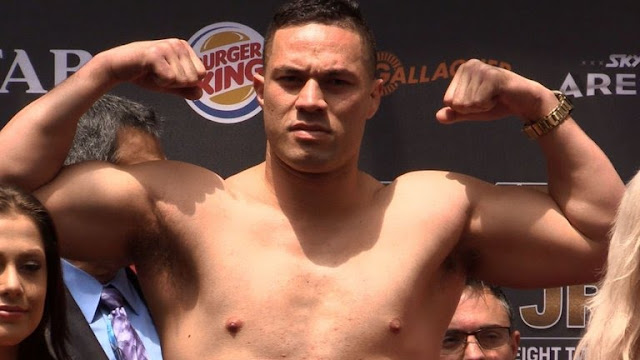