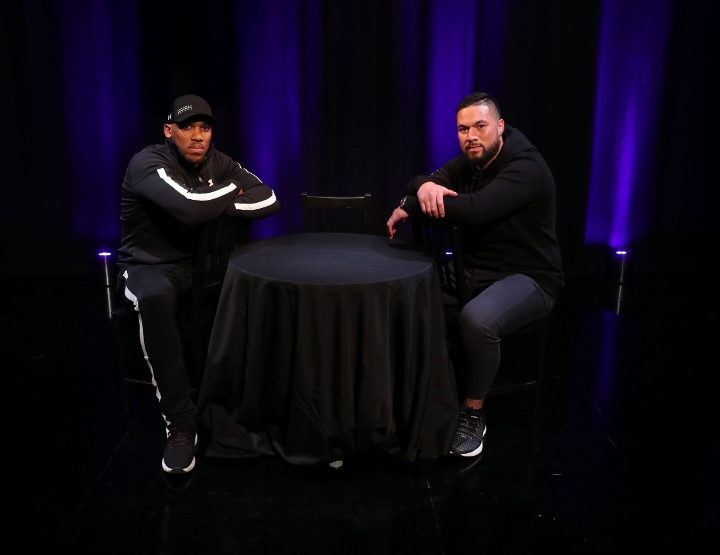 The IBF, IBO, WBA Heavyweight champion Anthony Joshua hhd the privilege of meeting WBO Heavyweight Champion Joseph Parker on the Skysports program the “Gloves Are Off” to discuss topics related to their intended unification fight on the 31th of March.
legendary fighter ‘Marvellous’ Marvin Hagler, who was the undisputed world middleweight champion from 1980-87 with 12 successful defences anchored the program and both had the privilege of telling one another what they feel about the unification for the public to hear.
PHOTOS 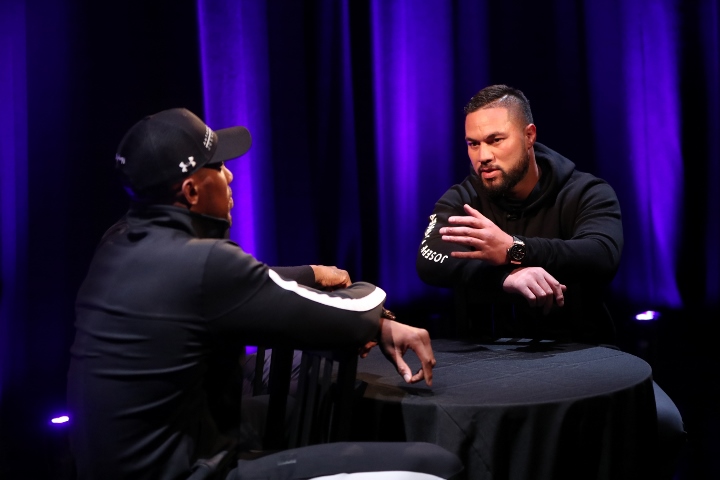 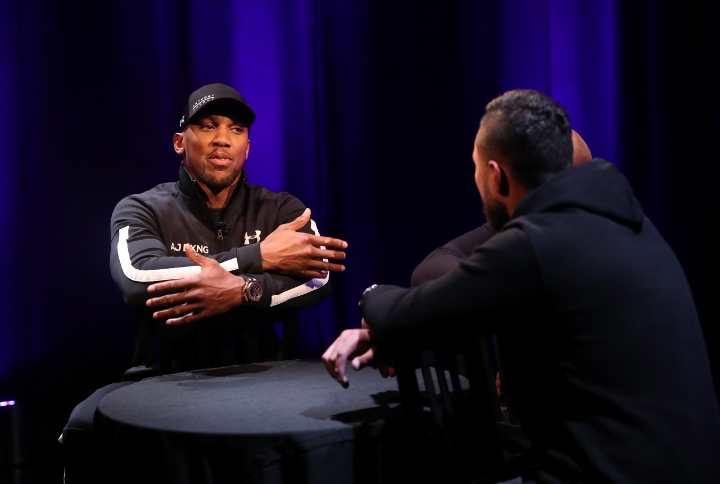 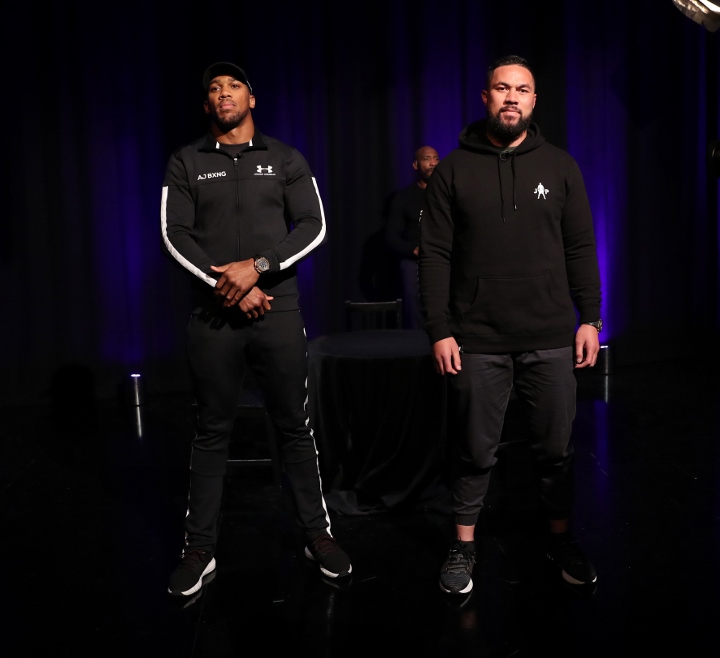