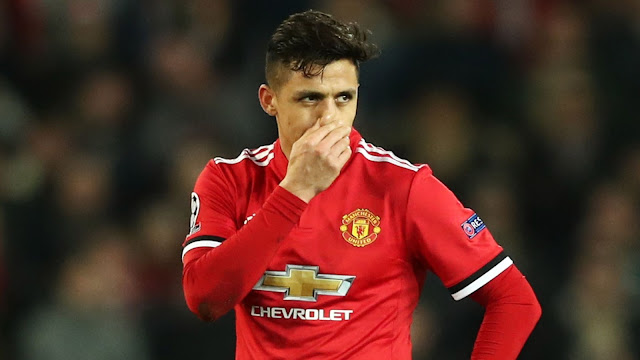 Following Manchester United UEFA Champions League exit, Soccer pundit Nicholas believes that, Alexis Sanchez arrival at United yields only negative results and that Jose should see him dropped from the squad.
Manchester United got knocked out of the Champions League, defeated 2-1 by Spanish side Sevilla on Tuesday, reducing their winnable trophies to just one, which is their FA Cup.
“At the start of the season, Manchester United had a fluency to them. Paul Pogba played high up with Jesse Lingard behind him and Romelu Lukaku on his game.

“All of a sudden Sanchez comes, Marcus Rashford gets dropped out and Anthony Martial gets moved over. All of a sudden the whole team is getting squeezed to fit Sanchez in.
“Sanchez, at the moment, does not deserve to be in the team. It’s too individual. He is giving the ball away too often.
“I’m sure a lot of Manchester United fans must be looking and saying ‘when is he going to do something for us?’
“He looks as though he is trying hard, but this is Manchester United and you’ve got to deliver on a game-by-game basis and he is not.”
“Rashford started on the right when his success at the weekend was on the left and that was to accommodate Sanchez.
“I just don’t think this works.