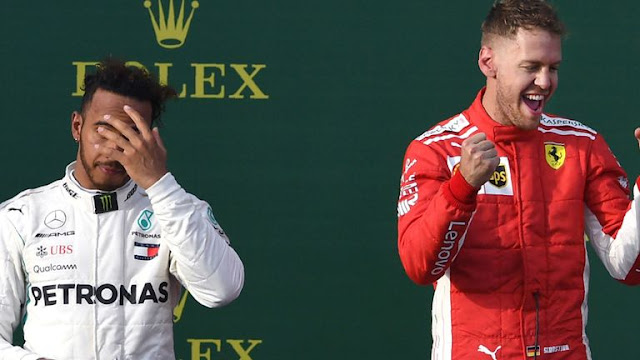 Sébastian Vettel stole the show from Lewis Hamilton and his infamous Mercedes engine’s ‘party mode’, which handed the Brit his seventh pole position during qualification to win the Australian Grand Prix, handing his team a perfect start to the 2018 season.
Vettel sneaked in front of the Mercedes Car from the pit lane  after a safety car forced the Brit to slow down after Romain Grosjean’s Haas rolled to a halt at turn two after 24 laps.
Vettel maintained his position, holding off the faster Mercedes Car and very experienced and World champion Lewis Hamilton till the end of the race to earn his first  in of the season.