Skip to content
HomeBoxingSor Rungvisai VS. Francisco Estrada : Full Results, Fight Video, Round By Round Coverage 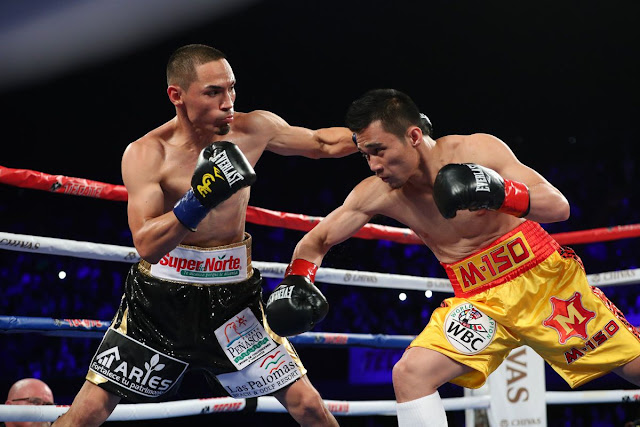 This Fight could go on to be one of the best fights of 2018 checkout results, Full Fight  Videos and round by round come try Below 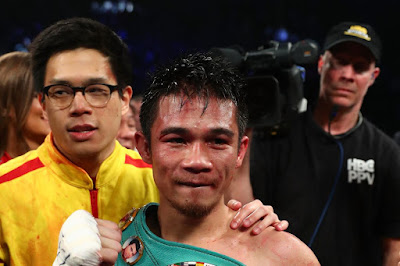 “Estrada was a very good fighter, a good, strong fighter. I love his style of boxing. It was a tough fight,” Srisaket said through a translator. He added, “I was very confident that I was winning, but more importantly, I really wanted to bring this belt back to Thailand. To Thailand it goes.”

“The people are the judge, and you can hear they saw me win. I thought I won,” Estrada said through a translator. “If the judges saw it that way, that’s what it is. I thought I won the majority of the rounds. The people saw it. No doubt (I want a rematch), or I’ll fight any other champion.”

“I felt I won the fight clearly,” Estrada said. “I boxed him all night long, and then I attacked him the last three rounds. I landed great shots at the end. I don’t know what the judges saw.”

What a final round! That was the best round so far in 2018. Estrada needed a strong finish and let it all hang out. Surprised Sor Rungvisai didn’t try to stay on the outside and box. Give him credit for showing the heart of a champion and wanting to show the world the champion he currently is. We are off to the judge scorecards.

Estrada out-boxed Sor Rungvisai in the latter half of the round. Estrada needs a finish here to unseat the champion.

The round was close until the final moments when a hard left hand rattled Estrada. The challenger needs to go back what h did in the eighth round if he is going to have a shot.

11:53: Round 9 to Estrada (10-9, 87-84 Sor Rungvisai). What Estrada did in the eighth round enabled him to box and confuse Sor Rungvisai. Let’s see if Estrada continues to alter his strategy as he’s confused Sor Rungvisai.

11:50: Round 8 to Estrada (10-9, 78-74 Sor Rungvisai) Best round of the fight. Estrada kicked into the high gear and decided to throw caution to the wind. He went to the inside, throwing hard shots with both hands and making Sor Rungvisai uncomfortable.

Agree with Andre Ward. Estrada needs to stop fighting from the outside and start pressing the action as he’s starting to get outclassed.

Sor Rungvisai is fighting masterfully. He sets up the powerful left hand perfectly by pawing with the right to gauge the distance and then pounce with the left. You are starting to see a discouraged Estrada. He’s know as second-half fighter. Does he do it here?

Lot of slipping in the round for Sor Rungvisai. He won the round in the last 30 seconds won he decided to let the left and right hands go.

The champion continued what he did in round three, attacking the body which led t connecting on a series of Sor Rungvisai’s signature left hands. Estrada’s abandoned his game plan. Needs to be more active to get himself back in the fight.

Estrada had the edge halfway through the round until Sor Rungvisai decided to let loose a little bit more by starting to focus mor on the body which then lead to shots to the uppe part of the body.

Had Sor Rungvisai winning a close round until the fina 30 seconds when Estrada turned it on with a series of combination which had the champion surprised when he walked back to his corner.

Fight couldn’t have started better for the champion. He found a home early for the left hand and paralleled it into landing more punches and keep the pressure on Estrada. Estrada seems tense an needs to let the pro-Estrada crowd help calm him down.