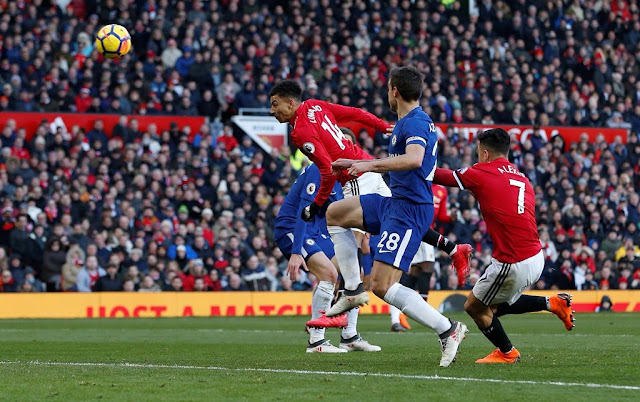 ⚽ Man of the match: Romelu Lukaku

🌐 Lingard has scored 13 goals in all competitions for United this season – only Lukaku (22) has scored more.

🌐 United have won two of their past three matches against Chelsea – one more than they managed in their previous 14 combined against the Blues.

🌐 Chelsea have lost back-to-back away Premier League matches for the first time since November 2015, when they were managed by Mourinho.

🌐 The Red Devils have lost just one of their past 35 home league matches against the defending top-flight champions (W20 D14).

🌐 Chelsea lost a Premier League match in which they scored first for the first time since last April against Crystal Palace. They had won 22 games consecutively when scoring first before today.

🌐 Willian has scored 12 goals in all competitions this season, equalling his best tally in a season for Chelsea (also 12 in 2016-17).

🌐 Eden Hazard has been involved in nine goals in his past eight appearances for Chelsea in all competitions (six goals, three assists).

🌐 Chelsea have only lost four of their past 55 Premier League games played on Sunday – all four defeats have been in Manchester (two against United, two against City).