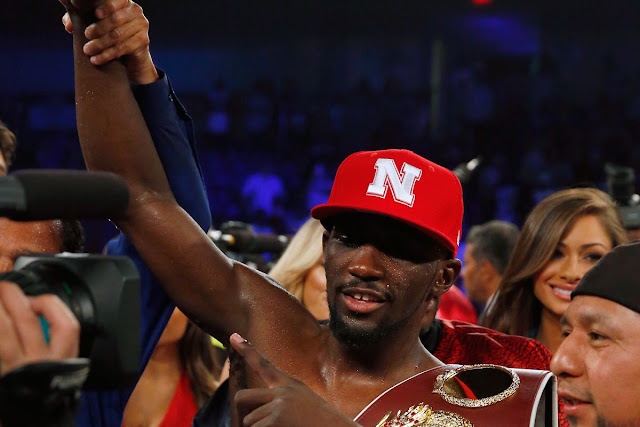 WBO welterweight champion Jeff Horn (18-0-1, 12 KOs) caused a major upset by defeating Manny Pacquiao last year foo the WBO welterweight title but this according to Hall of Fame referee and ESPN Deportes expert analyst Joe Cortez does not make him a favorite against the undefeated two – Division champion Terence Crawford.
Terence Crawford (32-0, 23 KOs) will be challenging for the WBO Welterweight title, as he makes his debut at welterweight, after successfully capturing world title at lightweight and unifying the entire junior welterweight division.
Cortez praised Horn for his feet against Manny Pacquiao last year and the potential he possesses but feels the young Crawford is better than an Old and way beyond prim Manny Pacquiao.
“Take nothing away from Jeff Horn, he’s a good outstanding fighter, he’s faced a lot of talent, but that decision over Pacquiao was a controversial decision in the eyes of a lot fans out there. A lot of fans felt that Pacquiao won that fight, so Jeff Horn is a champion but he beat a guy when a lot of fans thought he lost,” Cortez told On The Ropes Boxing Radio.
“He beat a Manny Pacquiao who was past his prime and now we’re talking about him fighting Terence Crawford. Crawford is probably the best pound-for-pound fighter out there. This will be a very difficult fight for Jeff Horn when he fights Terence Crawford.”
“I believe he can in the later rounds. It’s going to be a difficult fight but I believe he can stop him in the later rounds because Crawford reminds me a lot of Lomachenko, he’s very smart and I don’t think Jeff Horn can withstand the kind of pressure from a guy who has all the moves in the sweet science of boxing. Terence Crawford is a good switch hitter and he’s very smart. It’s going to be very difficult for Jeff Horn because of the skills that Crawford has,”