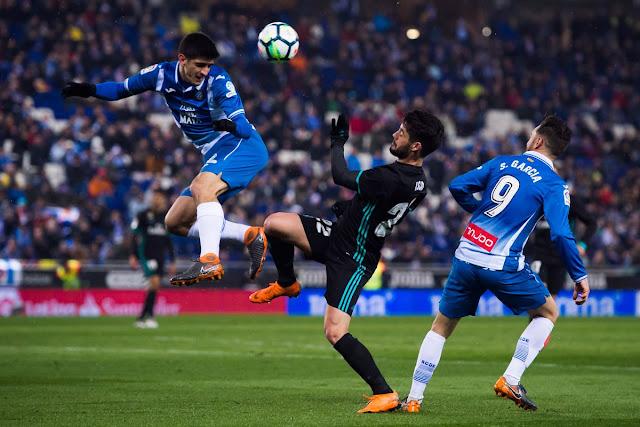 Zinedine Zidane Comments after the game

“We absolutely didn’t deserve that goal. We had a really good first half, we created a lot of chances but didn’t score. The second half was worse, but we didn’t deserve a last-minute defeat.
“It’s a blow because the result didn’t fit [the performance]. I don’t have to have a go out any of my players. We didn’t get what we wanted.”
“There isn’t a ‘plan B’. It’s a team with 25 players and every match we have to choose a team. Today it hasn’t gone well.
“I don’t think there was a lack of tension. We played well in the match. Espanyol didn’t create many chances against us. The 1-0 is undeserved, but this is football.”
“Things haven’t gone well for us. It didn’t work for many reasons, not because of one player.”