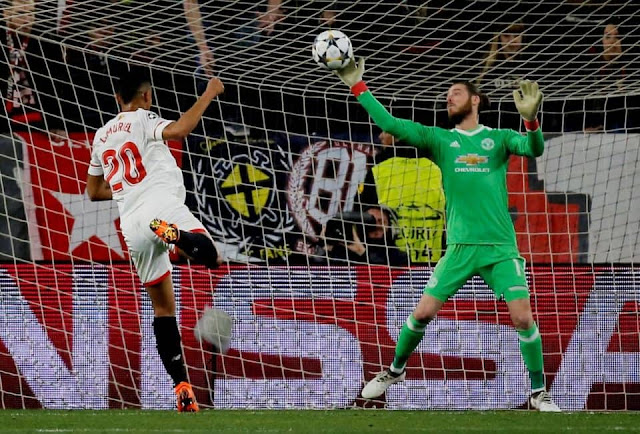 Manchester United legend Gary Neville says David De’gea is the only world class player at Manchester United at the moment and the only one operating at the highest level of football in the club.
The Spaniard helped the club get a goalless draw against Sevilla in the Champions League Round Of 16 game away in Spain and and has a record of the most clean sheets in all the top five Leagues.
The 27 year old has been linked with a move to Spanish giants Real Madrid for a while now, having won the player of the year between 2013 and 2016 and this has no doubt given the former Red Devils and England fullback the impression that he is the best in the club.
“De Gea’s the only world-class player Manchester United have got. You could maybe say Sanchez but not at Manchester United yet, even if he has been at a level for the last five or six years that you would say is world class,” Neville told GOAL.

“But De Gea’s the only player Manchester United have got at this moment in time that I would say has performed for the club at a world-class level.
“The other player I would say that has done brilliantly well, whether you could say he’s world class or not, is Antonio Valencia over the last two or three years. He’s been outstanding,”
“But to me De Gea is their stand-out player in terms of world standard at the club without a shadow of a doubt.”