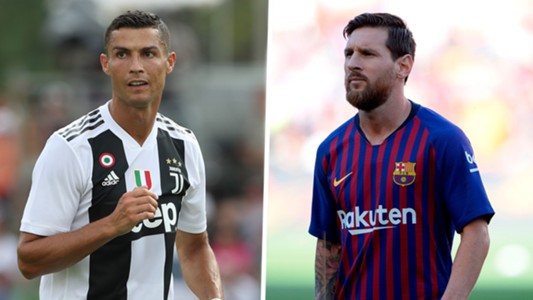 Atletico Madrid boss Simeone believes that Ronaldo’s swap from Real Madrid to Juventus has changed La Liga, making it much more competitive than, when he was around to rival Lionel Messi.

Cristiano Ronaldo at 33, left Real Madrid in a £105million transfer to Juventus, halting the rivalry with Lionel Messi, which has seen both achieve several different individual awards over his 9year stay in Spain.

This according to Simeone is the reason behind the sudden change in LA Liga  which, to him makes it very competitive.

“La Liga is fantastic at the moment,” the Rojiblancos boss said.

“It’s chaotic, all the teams are competing and fighting for points. It’s much more competitive than when Ronaldo and Messi defined the championship.

“We are only thinking about ourselves. Today was a tough, intense game against a strong rival. We tried to play hard in the first half to counter [Villarreal’s] need for the win.

“In the second half, we understood that we could try to be more offensive in order to exploit the spaces they left. We scored a goal and then they equalised. In the end they could have scored the second and so could have we with Lemar’s chance.”

Real Madrid, without Cristiano Ronaldo Is without a win in five games.